Write Your Own Concrete Poem►
Art Activities and Projects►
Share this page:

Writing a concrete poem is a fun activity combining poetry with art. The poet arranges the words of the concrete poem in a shape or design that shows the meaning of the poem. Concrete poetry is sometimes called shape poetry, pattern poetry, or visual poetry.

Here’s a concrete poem, in the shape of a bow: 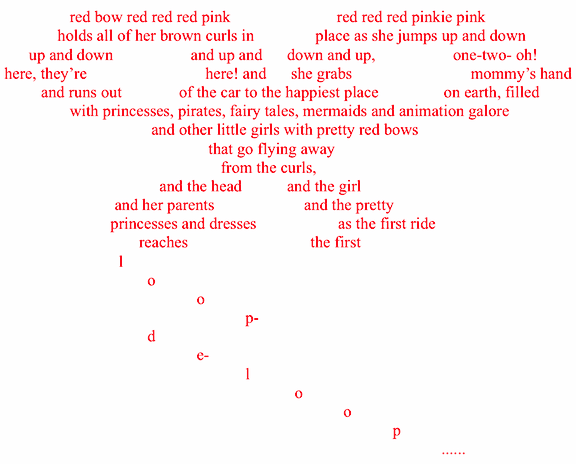 Children sometimes write concrete poems in school, and many established poets have also used this creative style. A perfect example is the following poem, “The Pillar of Fame”, written in the 1600s by Robert Herrick. The words are positioned to look like a pillar:

THE PILLAR OF FAME
by Robert Herrick 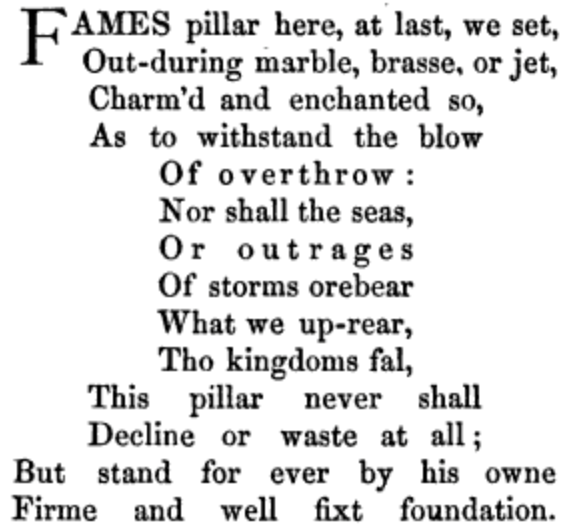 Illustrated poetry using shapes to elaborate the meanings of words is ancient, going back to the 3rd century BC. The form came to the attention of many poets in the early 20th century, but it wasn’t called “concrete poetry” until the 1950s. The style was popularized in the 1960s.

The idea of using letter arrangements to enhance the writing can be seen in many other types of poetry, such as acrostic poems. Concrete poems have very few limits — feel free to take up a marker and color, or experiment with different sizes and fonts! 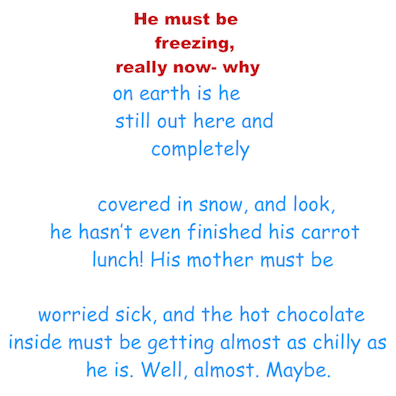 Write Your Own Concrete Poem

Writing a concrete poem is a fun activity combining poetry with art. Pick a topic, then arrange the words of your poem in a shape or design that shows the meaning of the poem.

A wide variety of activities on art and artists.

Pick a topic, draw a picture of it, then write an acrostic poem about it. Write the word vertically along the left side of the paper, then start each line of your poem with the letter on that line.

Write poems inside pictures of common shapes, items, and maps.

Write poems around the perimeter (outer edges) of pictures of common items and maps. This simple structure makes beginning to write poetry a little easier and more fun.