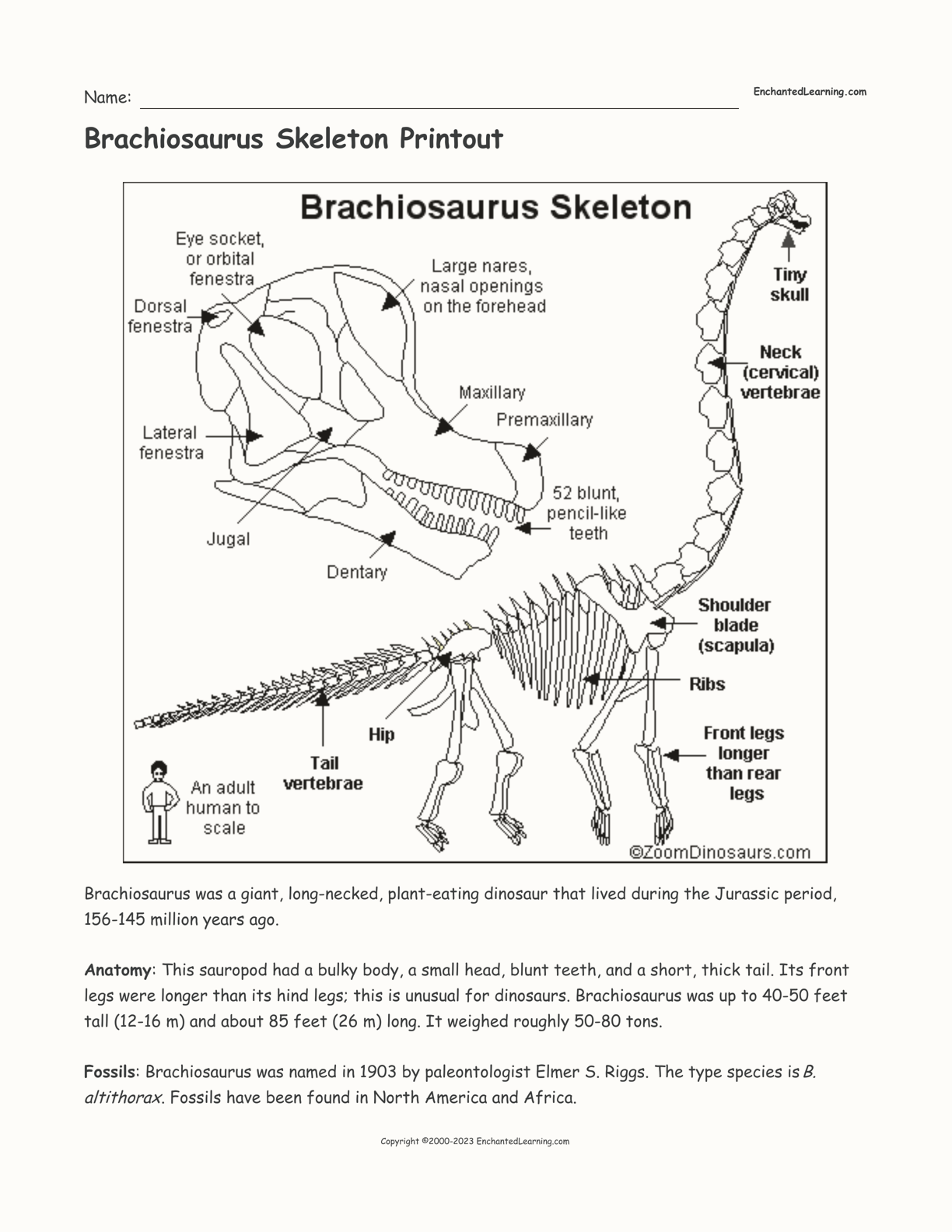 Learn about the Brachiosaurus with this printout featuring its skeleton and misc. information.

Brachiosaurus was a giant, long-necked, plant-eating dinosaur that lived during the Jurassic period, 156-145 million years ago.

Anatomy: This sauropod had a bulky body, a small head, blunt teeth, and a short, thick tail. Its front legs were longer than its hind legs; this is unusual for dinosaurs. Brachiosaurus was up to 40-50 feet tall (12-16 m) and about 85 feet (26 m) long. It weighed roughly 50-80 tons.

Fossils: Brachiosaurus was named in 1903 by paleontologist Elmer S. Riggs. The type species is B. altithorax. Fossils have been found in North America and Africa.

How do I print this PDF?

Click here to go to the PDF and then print it using your browser or an external program.

You may need to adjust the scale in the print settings. When you choose print in your browser (or whatever program you use to print PDFs), most should have an option to "Scale to Fit" (or "Fit to Printable Area"), but if not, you can manually put in a percentage like "95%" until it displays correctly.