If your school has been closed due to the coronavirus, we are offering free temporary access to Enchanted Learning. Click here for more info.

As a bonus, site members have access to a banner-ad-free version of the site, with print-friendly pages. 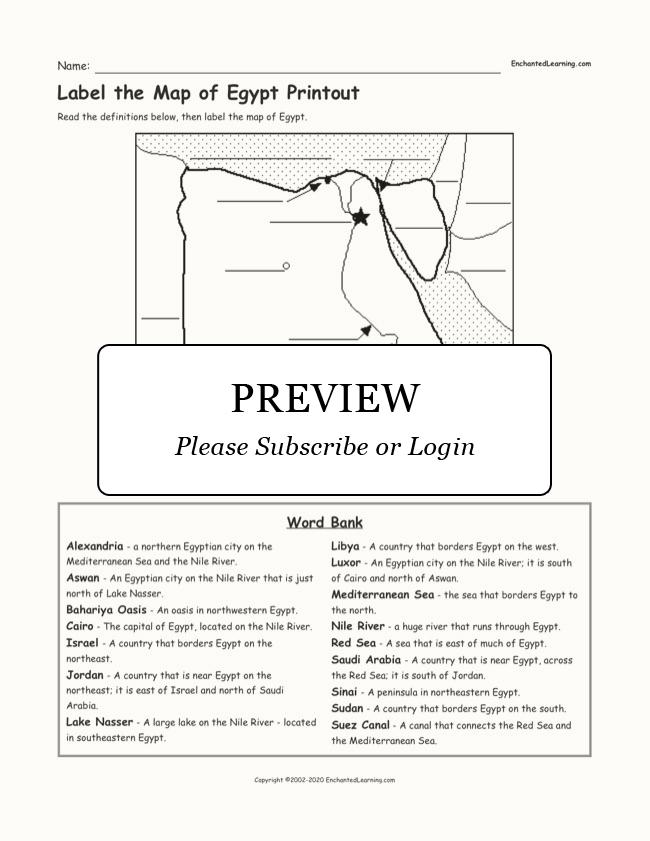 Read the definitions in the word bank, then label the map of Egypt.