The terrorist attacks of September 11, 2001, have been marked by confusion and horror since the moment the first plane struck the Twin Towers. Al Qaeda (an Islamic extremist group led by Osama bin Laden) orchestrated this massive plot against the United States. Hijacking four airplanes, they crashed two into New York’s World Trade Center (an office building complex also known as the Twin Towers and later as Ground Zero), the third into the Pentagon, while the fourth was likely aimed at Washington DC but crashed in a Pennsylvania field after the passengers on board revolted. In total, the attacks killed nearly 3,000 people (mostly civilians).

What you have to understand is how unfathomable this event seemed at the time. Terrorist attacks were what happened elsewhere in the world. Passenger planes weren’t thought of as likely weapons. The very idea of a terrorist attack on America opened a Pandora’s box; this was the first major foreign attack on US soil since Pearl Harbor in 1941. The 1941 event resulted in the US entry in World War II. The 2001 event resulted in the US invasions of Afghanistan and Iraq.

The First Attack (the North Tower) 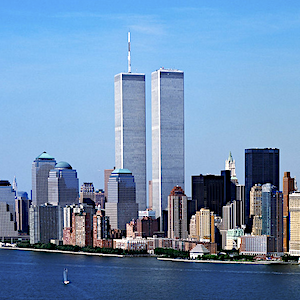 Most New York eyewitness interviews began by saying how September 11th, 2001, was a gorgeous day without a cloud in the sky. Elsewhere, airports were opening for the morning and were boarding passengers. From 7:59 through 8:42 AM, four planes would take off with 246 civilians and 19 terrorists onboard. All departed from the east coast en route to California. None would make it.

At 8:19 AM, two flight attendants on board American Airlines Flight 11, Betty Ann Ong and Madeline Amy Sweeney, called the ground to report that there was a hijacking and they were locked out of the cockpit. One of these hijackers was Mohamed Atta, the leader of this group. At 8:24 AM, Atta accidentally transmitted a message to air traffic control rather than to the passengers on the flight. All of this alerted the FAA and the US Air Force that something was wrong.

But it was too late. At 8:46 AM on September 11, American Airlines Flight 11 struck the 93-99th floors of World Trade Center (the North Tower). At first, most assumed this was a small plane and a tragic accident. It was actually a Boeing 767 hijacked by terrorists who deliberately flew into the skyscraper. The airplane (with enough jet fuel to reach California) left an enormous hole through multiple floors, killed all on the flight and hundreds in the building right away, and destroyed all the staircases at that level, which trapped everyone above the 91st floor (the skyscraper was 110 floors high). Nearly all the deaths would be of people trapped above where the plane hit.

Eyewitnesses spoke about seeing a plane flying low, hearing an enormous blast, or seeing black smoke bursting out of the impact site in the World Trade Center. What people on the ground saw next was surreal: cascades of papers billowing down, like snow against the bright blue sky.

Nearly immediately, rescue workers flooded into the skyscraper; many of them had actually witnessed the attack. Four minutes after the first plane hit, US President George W. Bush was notified. He was initially told it was an accident and that it had been a small plane, not a large Boeing 767. When the first plane struck, nobody knew what they were looking at. News anchors also reported that a small plane had accidentally hit the building. Those on the Manhattan streets were horrified, having seen what looked like an explosion at the top of the huge skyscraper.

At 8:52 AM, flight attendant Robert John Fangman on United Airlines Flight 175 contacted the ground that the flight had been hijacked. About ten minutes later (at 9:03 AM), Flight 175 crashed into the 77-85th floors of the South Tower. All in the plane and hundreds in the building were killed, two of the three staircases were cut off (making escape from the upper floors extremely difficult). It was only when this second Boeing 767 hit the Twin Towers that the true terror sunk in: this wasn’t an accident, this was an attack, and nobody knew what would be targeted next. At this point, police and firefighters flocked into the skyscrapers in droves. 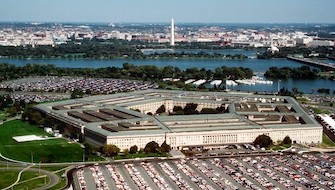 At 9:12 AM, flight attendants and passengers on American Airlines Flight 77 called the ground, saying that the plane (a Boeing 757) had been hijacked. Twenty-five minutes later (at 9:37 AM), Flight 77 was crashed into the Pentagon, the headquarters of the US Defense Department, just outside Washington DC in Virginia. All on the plane and 125 in the building were killed.

September 11th was Benedict (Ben) Sliney’s first day at his Federal Aviation Administration (FAA) job as the National Operations Manager. He coordinated air traffic controllers across the country. Faced with a series of terrorist attacks and not knowing what the next target was, Sliney made an unprecedented move: at 9:42 AM he ordered US airspace closed and all civilian flights to be immediately grounded. He knew that planes were being used as weapons and realized there was no way to tell if there had been more hijackings… unless he grounded all flights. This had never happened in United States history and has since been pointed to as creating some order during this tragic morning–all done on Sliney’s first day on the job. Around 4,500 flights were grounded by noon.

The Twin Towers’ Collapse, and Flight 93

One of the largest casualty counts occurred at 9:59 AM: the World Trade Center’s South Tower completely collapsed. The rapid destruction of the skyscraper’s 110 floors sent shrapnel and massive dust clouds around Manhattan, as over 800 civilians and rescue workers perished. The fleeing people could hardly see as the sunny day turned black with debris.

While this was happening, there was a fourth and final hijacking: Flight 93. The passengers on board called their loved ones about a hijacking around 9:50 AM. At 10:03 AM, Flight 93 crashed into a field in Shanksville, Pennsylvania. It’s thought that this fourth plane’s target had been somewhere in Washington DC, perhaps the White House or the Capitol building. But the crew and passengers had learned about the earlier three planes, and they heroically stormed the cockpit and attacked the hijackers. In the ensuing struggle for control, the plane crashed, killing all on board including the 7 crew and 33 passengers.

Tragically, at 10:28 AM, the World Trade Center’s North Tower collapsed. Over 1600 civilians and rescue workers were killed.

Much of lower Manhattan was evacuated and overflowing ferries rushed civilians away from the island. Small groups of survivors were found in the wreckage of the buildings; in particular, 14 people miraculously survived the collapse of the North Tower by finding protection in “stairwell B.”

Perpetrators and the Aftermath

The terrorist group Al Qaeda claimed responsibility for the attacks. Their plot directly hit (or planned to hit) financial, military, and political centers of the United States. They wanted to reduce America’s global power.

Though 15 of the 19 terrorists on the planes were Saudi Arabian, Al Qaeda itself was operating out of Afghanistan. When the Taliban government in charge refused to hand over the ringleaders, President Bush announced an invasion of Afghanistan. This became a precursor to the Iraq War.

American history was put on a new course when the second jetliner hit the World Trade Center. The shocked office workers, terrified New Yorkers, and speechless anchormen across the world realized that these crashes weren’t accidents. America was under attack, and during that horrifying morning nobody knew what would come next.

This event was immediately compared to Pearl Harbor. Lower Manhattan resembled a war zone, the Pentagon was burning, a plane had crashed in Pennsylvania, and nearly 3,000 people were dead. As of 2021, it’s the world’s deadliest terrorist act. The resulting US invasion of Afghanistan and the Iraq War would cost countless more lives (in the 100,000s).

For myself? I remember the video of September 11th’s blue skies, with New Yorkers racing away from the cloud of concrete and steel as the World Trade Center collapsed.