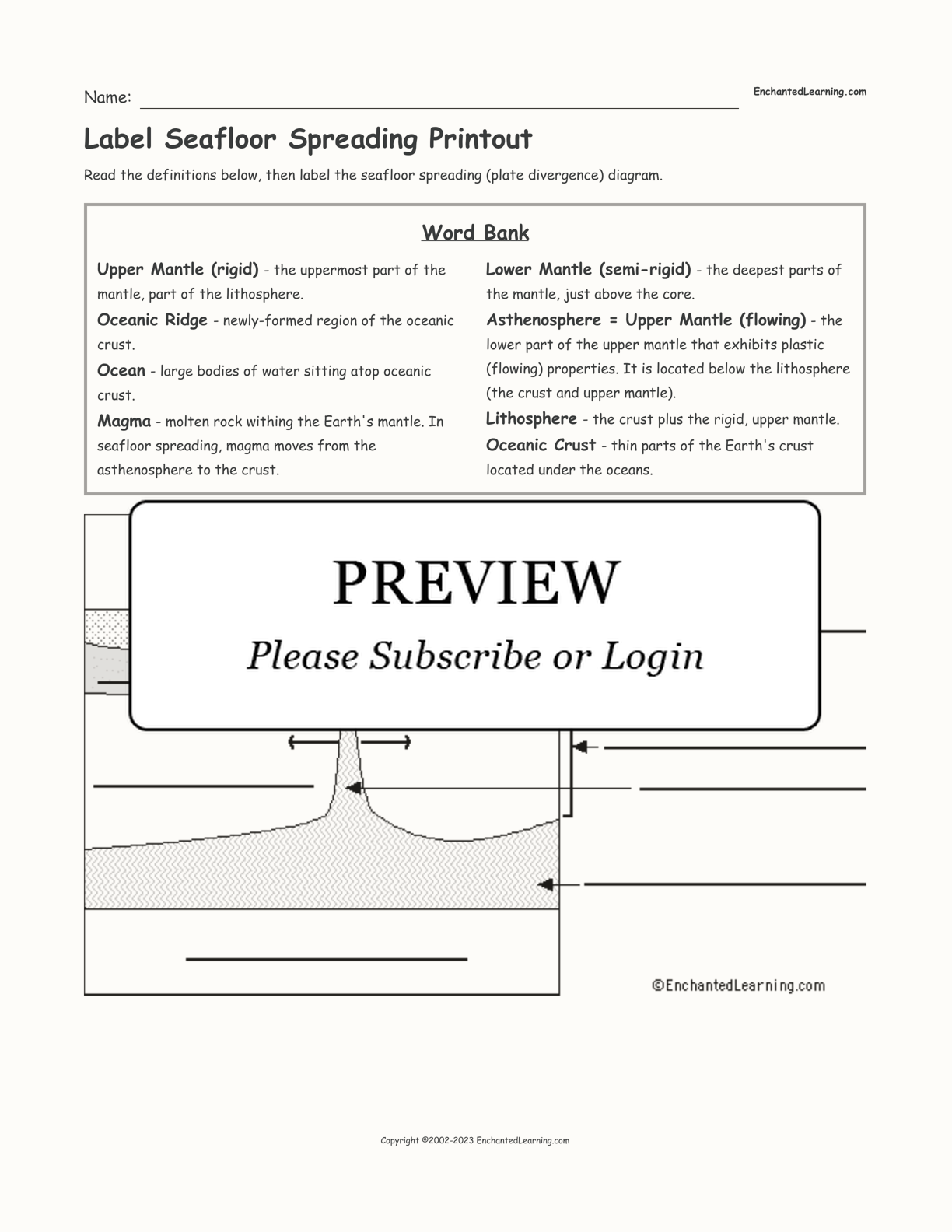 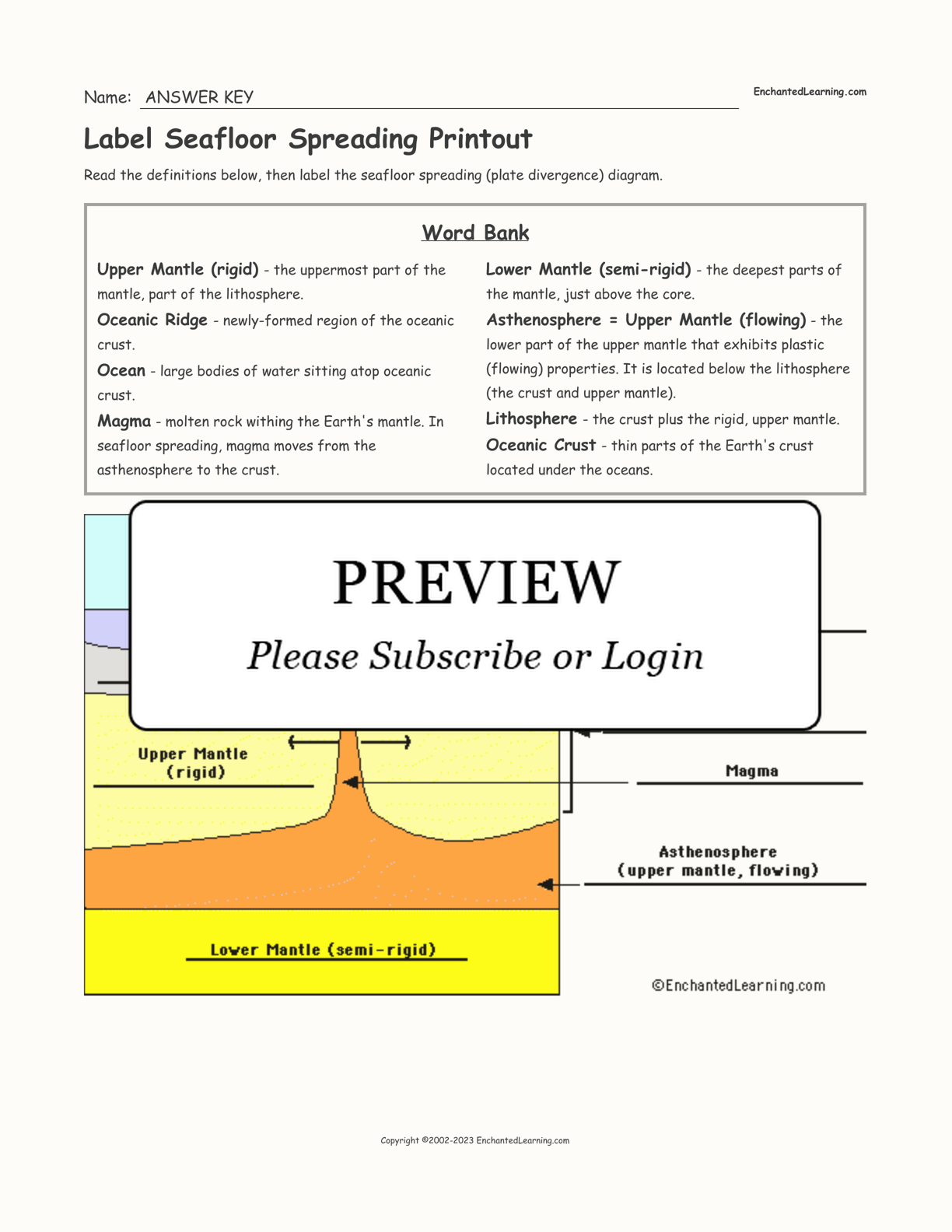 Label the growth of new oceanic crust as two plates diverge in this printable worksheet.

Read the definitions below, then label the seafloor spreading (plate divergence) diagram.