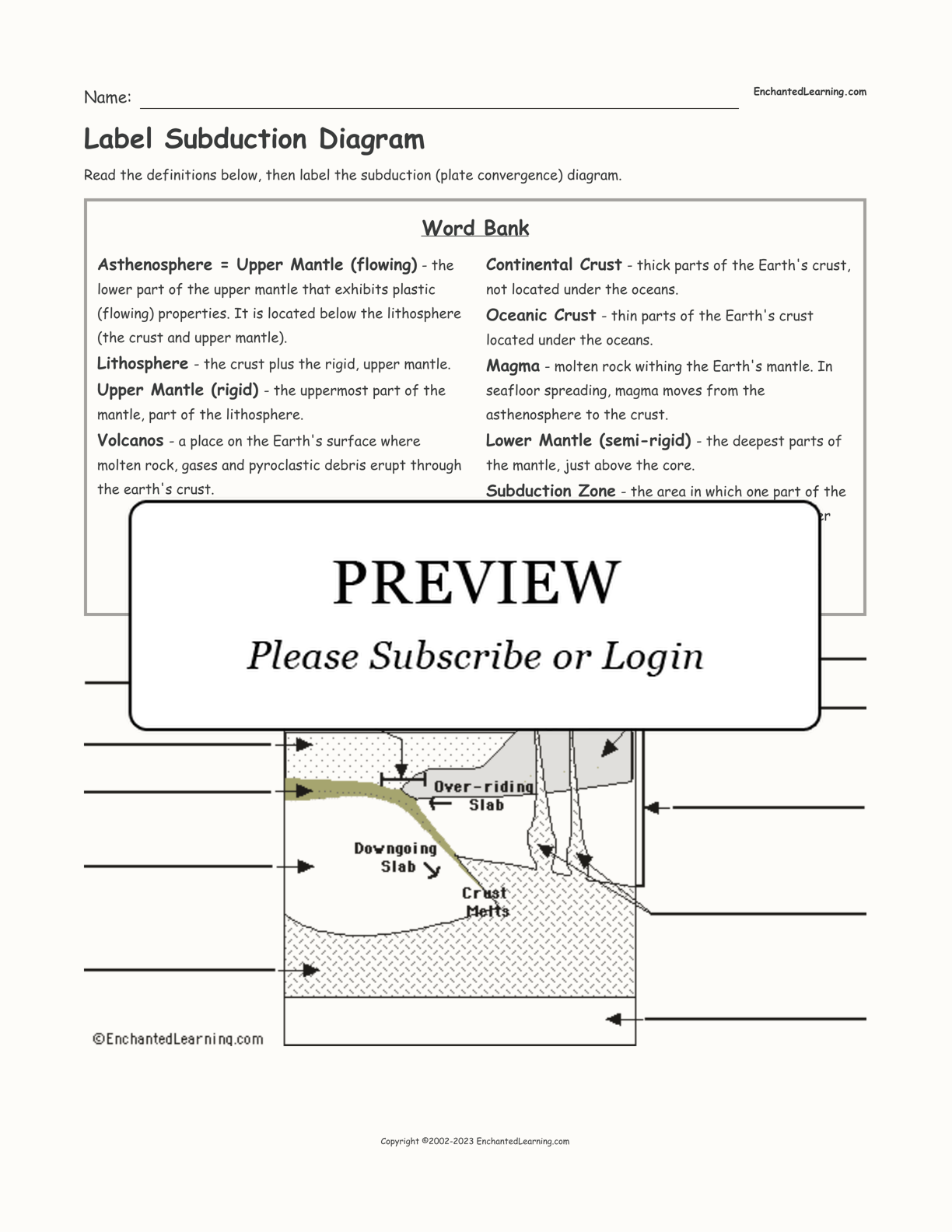 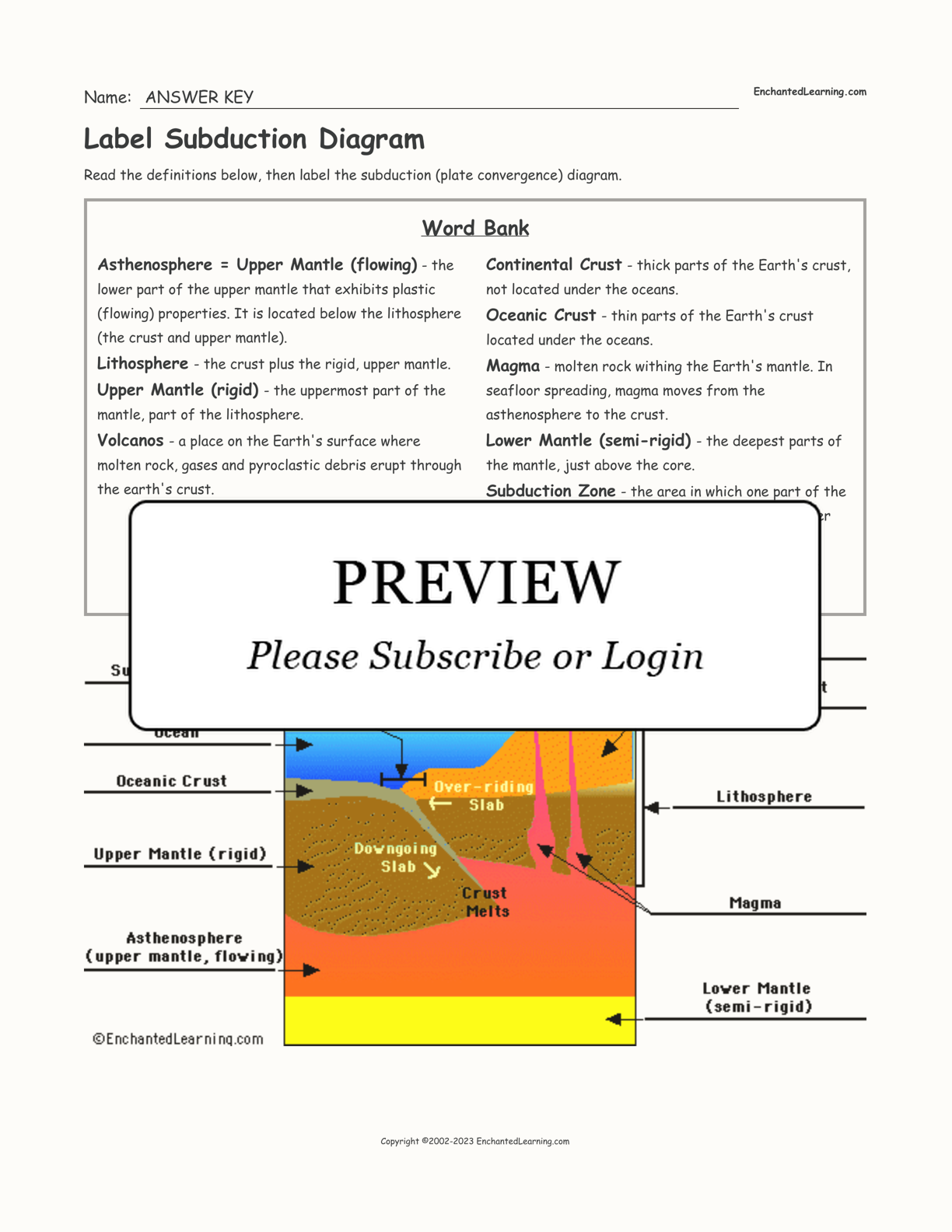 Label the subduction of an oceanic plate under a continental plate (plate convergence).

Read the definitions below, then label the subduction (plate convergence) diagram.