November 11 is a day on which many people around the world honor those who served in the armed forces. It began as a celebration of the peace after World War I ended. This date was chosen because on November 11, 1918, an armistice (truce) was signed that ended World War 1.

November 11 is called Armistice Day in many countries (including France, New Zealand, and others). In Canada, Australia, and the UK, November 11 is called Remembrance Day or Poppy Day (named after the red flower that bloomed so profusely on the bloody battlefields of Europe).

These Veterans Day crafts projects are for preschool, kindergarten and elementary school children.

The crafts use materials found around the house, like paper, cardboard, boxes, string, crayons, paint, glue, etc. See a page about color mixing to see how to combine paint to make all the colors of the rainbow.

Click on any of the projects to go to the instructions. Have fun!

Make a paper star that can stand by itself on a table.

Make a pinwheel from paper, a pencil and a pushpin.

Make a little US flag from craft sticks.

Make a patriotic red, white, and blue star wreath from construction paper and a paper plate.

Make a linear star mobile that you can hang from the ceiling.

Paint a pebble and make a wonderful, patriotic symbol.

Make a great windsock from an oatmeal box and paper.

Make a 5-pointed star the same way that was used for the first US flag.

You can decorate any area with a patriotic flair!

Put your plants in patriotic pots!

A patriotic necklace to wear.

A short, printable book (for beginning readers) about Veterans Day, November 11th. Information on the branches of the US Armed Forces.

A short, printable book (for fluent readers) about Veterans Day, November 11th. Information on the major wars since World War I.

A short, printable book on the history of the US flag.

Match the Syllables: US Flag Words

Circle the Correctly-Spelled US Flag Words

Circle the correct spelling of US flag words, and then color the picture of the words. The words are flag, banner, stars, stripes, thirteen, fifty, flagpole, finial, half-mast, salute.

How many words can you make using the letters from “Stars and Stripes”? Go to a worksheet with 30 blanks or a worksheet with 50 blanks. Both include sample answers: spear, pasta, sandier, ....

Find a Veterans Day Word for Each Letter

See if you can think of and write down a Veterans Day word for each letter of the alphabet. Or go to a sample answer page.

Find a Military Word for Each Letter

See if you can think of and write down a military-related word for each letter of the alphabet.

US Flag Worksheets to Print

Color the US flag.

Color two US flags and learn about the history of the flag.

A short, printable book on the history of the US flag.

Color the flag of the United States of America according to the directions, then count the stars, stripes, number of points on each star, and other components of the flag.

US Flag and Eagles Letterhead

Print out a US flag and eagles letterhead to make patriotic stationery.

Print and color the flag of the US Air Force.

Print and color the flag of the US Army.

Print and color the flag of the USMC.

Print and color the flag of the US Navy. 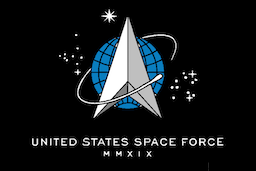 Print and color the flag of the US Space Force, or color it online.

Print and color the flag of the US Coast Guard.

Print and color the flag that represents and honors US military Prisoners of War and those Missing In Action.

Dont Tread on Me: Flag Page

Read about this early American flag that pictures a coiled rattlesnake.

Read about this historic flag, color it, and answer questions about it.

Do this fill-in-the-blank activity on World War I (also called the Great War), a huge war fought from 1914 until 1918.

Symbols of the USA

A page on some of the many symbols that represent the United States of America.

A printable worksheet on Veterans Day, with a short text, a picture to label, vehicles to match, and questions to answer. Or go to the answers.

Answer 8 multiple choice questions on the definition of courage; a lesson in using a dictionary. Or go to the answers.

Worksheets, short books, and coloring printouts related to the US military.

A coloring page based on the Mark Rockhold Teter quilt Stars and Stripes. You can color it online, or you can print it and color it on paper.

Write a poem about a veteran. Start each line with a letter from the word “VETERAN.”

Write an Acrostic Poem About Freedom

Write a poem about freedom. Start each line with a letter from the word “FREEDOM.”

Write a poem about America. Start each line with a letter from the word “AMERICA.”

Write an Acrostic Poem from REMEMBER

Write a poem about remembrance. Start each line with a letter from the word “REMEMBER.”

Rewrite the Paragraph about Veterans Day

Rewrite the paragraph, correcting the capitalization and spelling and adding punctuation marks.

Write a page about a relative or friend who was in the army, marimes, navy, air force, coast guard, or national reserve. Who was this person (what is their relationship to you), when did this person serve, was it during a war (if so, which one), what did that person do during their service, and what are their recollections of their service?

USA: Write a Question for Each Answer

In this worksheet, the student is given a series of short answers using USA-related words. For each answer, the student writes a short question.

Fill in the blanks in a passage about Veterans Day (using a word bank).

Eight eagle nametags in black-and-white on one printable page.

Eight eagle nametags in color on one printable page.

Eight US flag nametags in black-and-white on one printable page.

Eight US flag nametags in color on one printable page.

Eight US flag nametags in black-and-white on one printable page.

Eight US flag nametags in color on one printable page.

Eight poppy nametags in black-and-white on one printable page – for Poppy (Remembrance) Day.

Eight poppy nametags in color on one printable page – for Poppy (Remembrance) Day.

This is a word bank of words related to the military.

This is a word bank of anagrams of words about the military. An anagram is a word or phrase that is made by rearranging the letters of another word or phrase. For example, spot is an anagram of tops.