Label the Outer Layers of the Earth 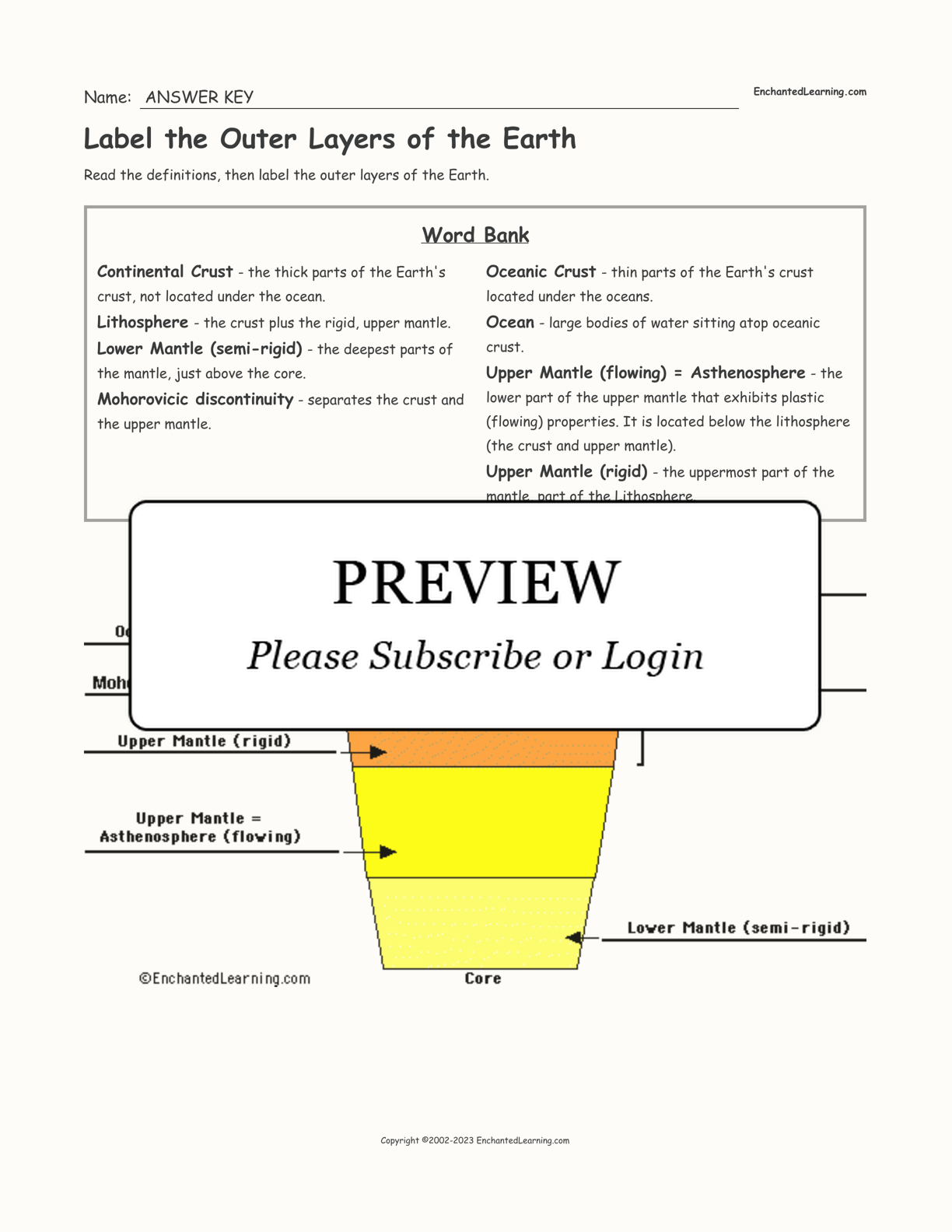 Label the parts of the mantle and crust in this printable worksheet.

Read the definitions, then label the outer layers of the Earth.