More on Plato►
More on Socrates►
Share this page:

Do we see the world as it really is? Might we be mistaken about what we think is real? And is there a path we could take that would shine a light on what we do not know?

The ancient Athenian philosopher Plato addressed these epistemological questions in the Allegory of the Cave, which he put forward as a thought experiment in his famous work The Republic. It has become one of the most influential and well-known passages in philosophy, as it vividly engages with some of the most fundamental questions about the human capacity for knowledge.

The Allegory of the Cave

An allegory is a story in which the characters, situations, and events symbolize a hidden, deeper meaning. The Allegory of the Cave is put forward by the character of Socrates (based on the real Socrates, Plato’s teacher) in Plato’s Republic as a way of describing “the effect of education – or the lack of it – on our nature” (514a). 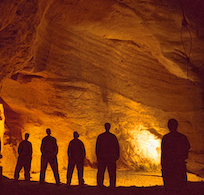 In a discussion with friends and acquaintances about a variety of philosophical topics, Socrates asks his friend Glaucon to imagine an underground cave dwelling in which people have been imprisoned since childhood. These prisoners are chained so that they can only look straight ahead, directly at the wall in front of them. Behind the prisoners (where they can never see), there is a fire which illuminates the wall. 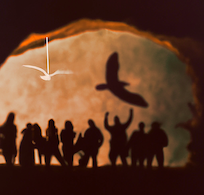 Just as puppeteers create shadow images by holding puppets between a light source and a screen, so too in the cave there are puppeteers who hold objects in front of the fire to cast shadows on the wall. The prisoners, who have stared at the wall for their entire lives, have only ever seen these shadows. These people, Socrates says, would likely give the shadows various names to distinguish the different shapes, and they might tell stories that seem to explain the movements of the shadows. Socrates suggests that the prisoners would interpret these shadows as being real and truthful; they would think that reality was nothing more than the shadows that they see on the wall. 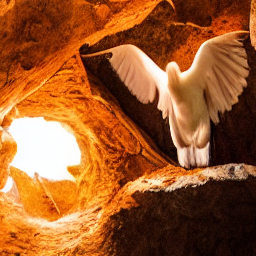 But now, Socrates says, we are to imagine that one of the prisoners is released from his chains. He stands up, turns around, and walks toward the fire. Wouldn’t he find it painful? His eyes are used to seeing dim shadows, and now he is suddenly confronted with the brightness of a fire. If he is shown the objects that were used to cast the shadows, at first he wouldn’t even be able to see them because of the glare in his eyes. Then, wouldn’t he be confused by them, still thinking that the shadows were more truthful than the physical objects? Even if it is explained to him that the shadows he used to see were unimportant and unreal compared to these new things, would he believe it? The pain in his eyes and the confusion in his mind would compel him to run back to the shadows with which he is more comfortable. 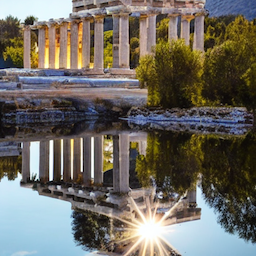 Suppose, now, that the man is dragged out of the cave by force, up the rough and difficult path, away from the shadows and toward the light of the sun. This, too, would be painful and he would resent it. Finding himself outside in the sun, his eyes filled with the glare, he wouldn’t be able to see any of the things he is being told are more real than shadows. He would need to build up his vision gradually, first looking at shadows, then at reflections in water, and after that he could see physical objects directly. The last and hardest thing to see would be the sun itself. After he could see the sun clearly, its obvious importance and immensity would reveal to him that it causes the seasons, sustains all of life, and, in one way or another, is responsible for all the things he sees now and for all the things he used to see.

At this point, if the former prisoner were to remember his past life in the cave and “what passed for wisdom there” (516c), he would feel happy for his change and sorry for the other prisoners who remain deluded in a world of shadows. In the cave, the prisoners might have had competitions and prizes for identifying shadows the fastest, or for predicting their movements the most accurately. The former prisoner, now seeing the unreality of shadows, would have no desire to participate in these games. In fact, if he were to go back into the cave, his eyes would still be accustomed to the sunlight, so he wouldn’t be able to play the prisoners’ games skillfully. The other prisoners would likely mistake this for his eyesight having been damaged by leaving the cave! They would surely be unwilling to join him in leaving their comfortable home, and they might even turn to violence if he tried to get them to escape.

The meaning of the allegory, and Plato’s “divided line”

The character of Socrates says that the allegory is about “the effect of education – or the lack of it – on our nature” (514a), and that we should identify the upward path of the released prisoner with “the ascent of the soul to the realm of understanding” (517b).

What is “the realm of understanding,” and how does the soul ascend to it? This is best understood through the lens of “the divided line,” another analogy used by Socrates in The Republic. He asks his friends to imagine a line divided into four sections representing four mental states associated with increasing degrees of knowledge: conjecture, belief, thinking, and understanding. The lower two (conjecture and belief) are about the “visible world” as perceived through the senses, and the higher two (thinking and understanding) are about the “intelligible world” as comprehended through the mind. The lower states are like images or reflections of the higher ones, as shadows are to the objects that cast them. The prisoner’s journey from looking at shadows to seeing the sun is a representation of the soul’s ascent from blindly trusting conjecture to attaining true understanding.

The prisoner begins by seeing only shadows, which are like poor images of physical objects (conjecture). Then, having left the cave, the prisoner looks at reflections of objects in water (belief). After that, he can look at physical objects directly (thinking). Finally, he sees the sun itself (understanding). 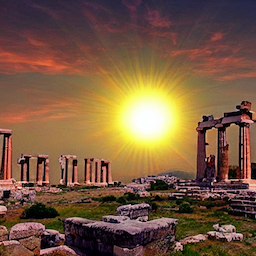 Socrates says that of the things that can be known, the final and most difficult is what he calls “the form of the Good.” Socrates says that once this elusive Good is understood, one must conclude that it is “the cause of all that is right and good in everything” (517b), just like the released prisoner realizes about the sun. Education, he concludes, is the art of steering the soul in the right direction; it is not about implanting sight where there once was blindness, but rather turning one’s sight away from shadows and toward the light.